Irish SMEs ‘losing out to FDI firms’ on tax breaks 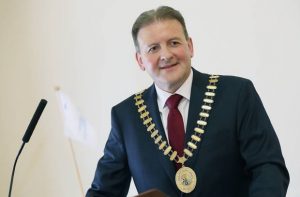 The Government must create a level playing field between Irish SMEs and multinationals by re-balancing enterprise policy towards protecting indigenous Irish business, the new President of the Institute of Certified Public Accountants (CPA Ireland) has said.

Cormac Mohan, managing partner at FM Accountants & Business Advisors, said it was “a strategic imperative” to create an equal policy environment “without compromising the benefits that both the SME and FDI sectors bring to the overall economy”.

Mohan, an expert in corporate recovery and insolvency who has previously held senior positions in Coca-Cola internationally, believes that “after several years of a strong and stable economy, uncertainty is inevitable in the years ahead.”

“External factors including Brexit, interest rate hikes, and inflation coupled with an infrastructure deficit on housing are all on the horizon. Government needs to review the range of supports and policies to SMEs so that we are not faced with significant job losses across many sectors in the event of another economic slowdown.”

SMEs account for over 99pc of businesses and employ over 1.5 million people, he said.

“All too often this contribution is ignored by policymakers and we have arrived at a situation where SMEs and personal taxpayers are inadvertently subsidising the FDI sector,” he said.

Although on paper there is a level playing field for the two sectors, Mohan argues the reality is different when all taxation measures are taken into account, particularly regarding research and development, which, he added, is an important measure of commercial vitality.

“Of the already small amounts, only one-third is accounted for by home-grown companies. Foreign owned enterprises accounted for 64pc of all R&D expenditure.

“The R&D Tax Credit regime and the creation of the Knowledge Development Box are aimed at encouraging innovation,” he said. “However the regime is designed almost entirely to support the 1,300 of multinationals here. The complexities and red tape therein are too onerous for most SMEs. For Ireland to remain competitive with other jurisdictions such as the UK, the Government must act to simplify the regime, streamline the process and make it fit for purpose for indigenous Irish-owned companies.

Mohan is also concerned about an over dependence on FDI companies for tax take, with the top 10 corporations contributing 40pc of overall tax revenue. “This leaves us with a very concentrated tax base and hence vulnerable to any changes or any impact on those companies,” he said. The new CPA president said that he acknowledged and welcomed the corporate FDI sector’s contribution to the overall tax take and its ability to contribute significantly to revenue when times are good.

“However, in a downturn or due to external economic factors our economy is extremely vulnerable to the reliance placed on this revenue stream. In the long-term an over-reliance on FDI is not ideal for an economy,” he said.