The Human Cost of Vulture Funds

The human cost of vulture funds 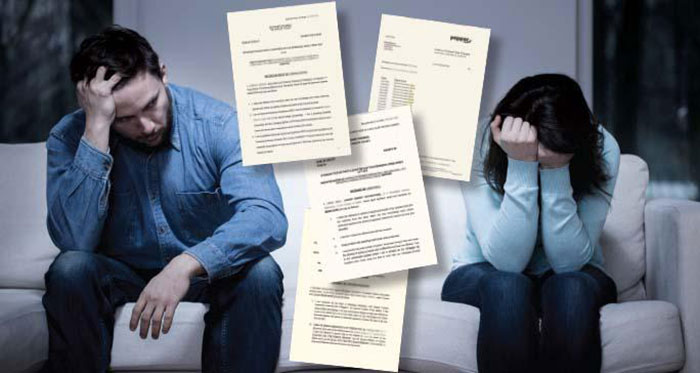 Fear. Sleepless nights. Stress. All over Ireland, vulture funds are chasing loans that should never have been given and will never be fully repaid. And families are feeling the pain.

The funds bought these loans in big bundles, often at steep discounts from their original lender. Individual borrowers were not given the chance to get in on such deals, but instead must face into uncertainty as they try to negotiate a better deal.

Over the last four weeks, The Sunday Business Post has highlighted how, in the wake of the crash, Irish families find themselves battling against such funds for their homes.

This week, we look at one real-life story based on affidavits in the Circuit Court. We have changed the names of the family in this case to protect their privacy.

For the families fighting to hold on to their homes, it is not about keeping the recovery going – it is about survival.

In the summer of 2006, John O’Sullivan, a 25-year-old carpenter, and his wife Sarah, a 22-year-old secretary, took out a mortgage from subprime lender GE Money. House prices were close to the very peak. The couple borrowed €397,000 at a base variable interest rate of 5.2 per cent.

With the economy thriving, they could manage it. But then the ECB began to push up interest rates and their mortgage went with it, peaking at a rate of 7.2 per cent.

In late 2008, they went into arrears. They had four children under the age of eight. Carpentry work had dried up, and Sarah lost her job after an illness.

In 2012, Pepper, an Australian multibillion-euro financial services giant, acquired the family’s loan among thousands of others from GE. Patrick Tuttle, the chief executive of Pepper, said: “The deal marks a significant investment by Pepper in the Irish market which should be good news for Ireland.”

Sarah O’Sullivan does not agree. In court documents this year, she said: “I have been living in fear and under the shadow of losing our home and, in effect, the roof over our children.

“My husband and I have done our best to work with our mortgage provider [Pepper Home Loans] but they declined to offer us any resolution options which would protect our family home and, as a result, we are in constant fear of losing our home.

“It is a constant sense of fear and is something that causes me to suffer from sleepless nights. John and I have always been up front and honest with [Pepper] . . . we have always paid Pepper the most we could afford to pay at any given time.”

In November 2014, she said, a solicitors’ firm sent a letter “demanding my family and I vacate our home within seven days . . . they were commencing legal proceedings on behalf of Pepper . . .”

Sarah rang John immediately. “I was so distraught on the phone that he thought my mother had died (my mother had been in intensive care for months in Tallaght Hospital).”

She also said Pepper knew of her mother’s illness. “I was dealing with the reality that I might lose my mother and then was hit with losing my home as well.”

Sarah described the letter as the “nuclear option”.

“If the intent of the letter was to cause shock and instill fear and terror into us, it certainly worked,” she said.

“I was making weekly repayments to Pepper of €300 and further additional monthly payments of €135.”

This equated to a not insignificant monthly payment of an average €1,435 for parents with a young family of four working on average 60 hours per week to make ends meet.

“I was terrified that Pepper would put my family and I out on the street in a few days time . . . my only thoughts were where would we be able to go with our four very young children?”

Sarah said she asked Pepper why it was moving against her, and was told that her Mortgage Arrears Resolution Process protection had ended, as her arrears were too high.

Sarah asked Pepper to postpone matters until her husband had better job prospects. Pepper told her “not to worry”. It increased her repayments and she said she felt the family’s debts would be rescheduled.

Pepper rang her every week to ask her about money. “I felt harassed by Pepper,” she said. “The attitude and approach they adopted was heartless.”

Pepper then said it wanted to send an estate agent to value the house which, it said, was standard procedure.

“We began to feel that despite all our efforts they were now beginning the process of evicting us,” said Sarah.

Sarah said she felt Pepper would “definitely” reschedule her loan once they made these repayments.

Rescheduling could be done by increasing its term, lowering its interest rate or freezing part of it.

On July 15, Pepper said it was not in a position to offer the family an “alternative repayment arrangement”, as repaying €2,226 a month was “not sustainable”.

“This was my lowest moment ever,” Sarah said. “Pepper then advised me they would be looking for a monthly repayment of at least €2,800 to hold off legal proceedings.”

Pepper, she said, offered her an assisted voluntary sale – which would mean losing their home.

Sarah said that, at this stage she contacted MABS, which advised her to look at a personal insolvency arrangement (PIA).

She told Pepper that she had contacted DebtSolv, a mortgage resolution firm led by accountant Cormac Mohan, to advise her. She said Pepper told her that even if she applied for a PIA, it would not agree to it, as it felt the family’s mortgage was not sustainable.

“I really feel that I have been let down by Pepper,” Sarah concluded.

Cormac Mohan is a personal insolvency practitioner (PIP), a practising qualified accountant with over 20 years’ experience, according to his affidavit. He is regulated by the Insolvency Service of Ireland (ISI) and holds a Diploma in Corporate Insolvency and Restructuring from the Law Society of Ireland.

He said the O’Sullivans had shown an ability, a track record and a willingness to pay €1,358 a month, and more, towards their mortgage.

In painstaking detail he set out over 32 pages how the O’Sullivan family wanted to restructure their debts. He said the court could be in “no doubt” they would comply with his proposed arrangement.

John O’Sullivan’s income would improve as the economy recovered. The family was prepared to survive on less than the Insolvency Service of Ireland’s (ISI) reasonable living expenses guidelines to avoid eviction.

“In my view, there is a reasonable prospect that the O’Sullivans will, over time, be solvent in the event of the proposal being approved,” he said.

The alternative for this family was bankruptcy, he said, in which case the best Pepper could hope to get was €216,000 versus the €275,000 being offered under the insolvency arrangement. This has been supported and confirmed by a local estate agent.

Mohan said this was “an extremely fair” offer to Pepper. He submitted that a key feature and cornerstone of the personal insolvency arrangement was that “it enables a person to get back on track financially and aims to keep them in their family home”.

An affidavit from Gráinne Naughton, head of mortgage operations with Pepper, rejected many of the arguments made by Sarah O’Sullivan.

Naughton denied Sarah’s claims that she was asked to abruptly leave her home. She said correspondence dating to 2009 (when the loan was with GE) showed a “marked forbearance”.

“Without prejudice to the denial that there was anything whatsoever untoward in Pepper’s dealings with the debtors, I say that I have been advised that the historic relationship between the parties is entirely irrelevant to the central question of whether the proposed arrangement is sustainable,” she said.

Naughton said the first time the family were warned they could lose their home was in August 2009, and again in 2011 when arrears stood at €15,000. Efforts were made to allow the family repay less than was due at times. In July 2012, arrears stood at €38,000 and the O’Sullivans were told they were “not cooperating”. Nineteen repayments had been missed at that stage.

In April 2014, Naughton said, arrears stood at €75,000 and the family were told they were part of a resolution process. Again they were warned that if they were classified as not cooperating, they faced losing their home.

A month later, the family were told they were now considered to be “not cooperating”. Various options, from mortgage to rent schemes, to assisted voluntary sales were on offer, Naughton said.

In August, the family were told they owed €460,000 with arrears of €81,000. Naughton said they were told that if this were not repaid, their case would be passed to lawyers to commence repossession.

She said Pepper had complied with the “full rigours” of the Code of Conduct of Mortgage Arrears and rejected claims of “harassment”.

She said Pepper did not want “bankruptcy at all costs”. Debtors were wrong to assume a right to an alternative repayment arrangement irrespective of their capacity to sustain repayments, she said.

She said criticisms of Pepper were “unfounded and grossly unfair”.

Naughton said that Pepper objected to the arrangement put forward by O’Sullivan and Mohan, and that it would be “grossly irresponsible” to approve such a deal.

Naughton said projections that John O’Sullivan would earn more money in the future were “optimistic”, and it was “speculative” to consider what Sarah might earn if she returned to work.

Pepper said it believed the house was worth €280,000 and it would be a “mockery” if the courts allowed the proposed PIA to go ahead.

The courts urged the parties to make all efforts to reach an amicable resolution. Pepper committed to look at another proposal from the O’Sullivans which was submitted by Debtsolv. But more than a month later, there is still no formal resolution. Currently the case is at a stalemate with counsel Keith Farry BL and Debtsolv evaluating all options.

This is just one story out of many. Some subprime lenders and certain vulture funds appear to want repossession more than anything else. Many subprime and vulture fund PIAs seem to be going to appeal. The main alternative being offered by lenders is an assisted voluntary sale, with Pepper, for instance, offering up to €5,000 in relocation costs.

Families are losing their homes in a market where rents are rising and there is a chronic housing shortage. It is an awful mess and one that’s been a long time coming.

Check Out Our Article On Company Set Up In Ireland.